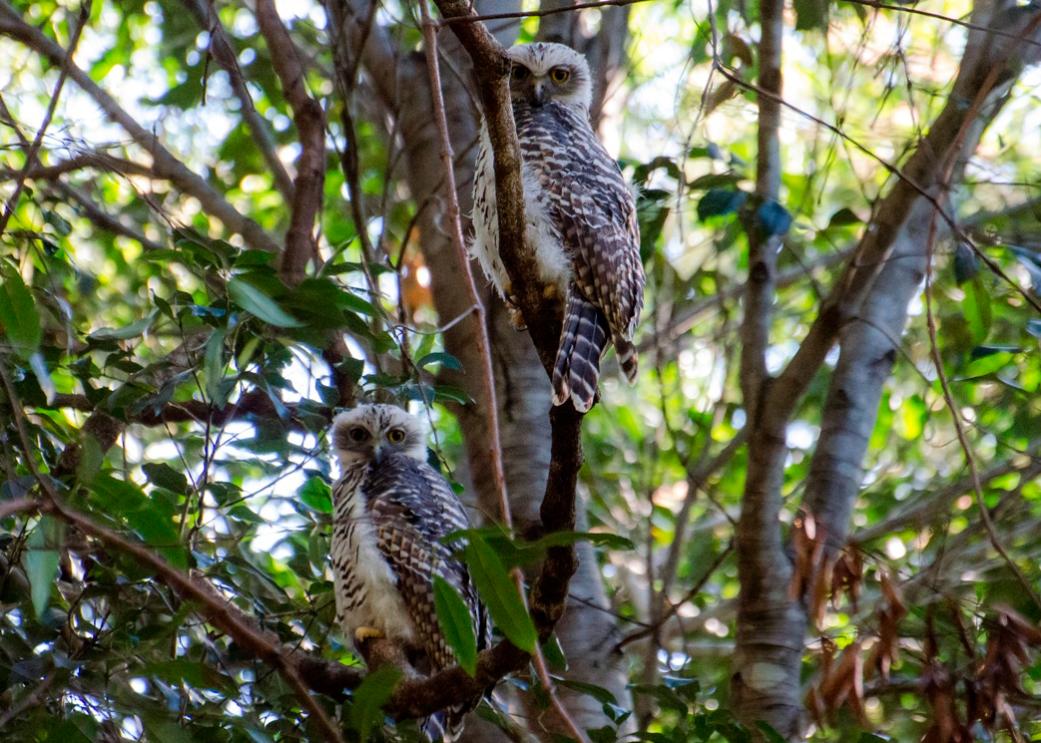 Powerful owls at Bayview golf course perimeter - photo taken 12/12/2017 - photo supplied.
A win for the Northern Beaches Council on the 22nd of March 2019, when the Commissioner of the Land and Environment Court (LEC) refused the DA for a large Seniors Housing development on Bayview Golf Course. An appeal to the LEC was lodged by the developer, Waterbrook, when the DA was refused by the Sydney North Planning Panel.
The Bayview Golf Course in conjunction with Waterbrook wanted to build a seniors living development consisting of 7, 3 storey buildings over 5 acres on recreational open space land on Cabbage Tree road Bayview.
The Commissioner of the LEC, after a week long court hearing and long deliberation, handed down a refusal decision in Waterbrook Bayview Pty Ltd v Northern Beaches Council [2019] NSWLEC 1112 on Friday 22nd March 2019 at 4pm.
Refer to this link for the complete decision:  https://www.caselaw.nsw.gov.au/decision/5c9417cbe4b02a5a800bf731
The Northern Beaches Council and the many local residents who have strongly fought this proposal for over 4 years are elated with the Courts decision.
The developer had requested that either the Department of Planning and Environment (DPE), or the Land and Environment Court allow them to amend their existing Site Compatibility Certificate (SCC) to allow this specific large development proposal to proceed.
The developer proposed a number of changes to this SCC, regarding the location of the 5 acre building site, the wording of the certificate and removal of some of the restriction requirements set out by the DPE. The developer had initially also requested that the SCC should be amended to cover all of the golf course land instead of only a 5 acre part of the golf course. However the DPE told the developer in late December 2018 that adding land to an SCC was not permitted under the current Seniors Housing legislation, so this part of their amendment request was removed in January 2019 before the court case commenced.
The Commissioner of the LEC determined that there were no statutory powers in the SEPP Seniors legislation to permit changes to any SCC.
The commissioner for this decision referred to another court case, Wirrabara Village Pty Limited v The Secretary of the Department of Planning and Environment [2018] NSWLEC 138 at [25], which made this point clear.
The Department of Planning and Environment has not made any decision on the developer's application for the requested amendments to the SCC,  but the SCC has now expired and so is no longer valid.
The Development Application for a seniors living development on this historic area of open space has been steadfastly refused by the Northern Beaches Council and was also refused by the Sydney North Planning Panel in August 2018 on the following grounds:
• Concern whether the type of Seniors Housing that was proposed was permissible based on the SCC issued by the Department of Planning and Environment and whether biodiversity land was environmentally sensitive land under schedule 1 of Seniors Housing which prohibits Seniors Housing
• In addition to these legal issues, which required conclusive resolution, the Panel unanimously considered the originally proposed development an "overdevelopment of the site."
• The panel also had concerns that the proposed typology, scale, footprint and density of development would have a substantial adverse impact on the biodiversity of the site and area, noting that the whole of Bayview Golf Club is mapped as Biodiversity under PLEP. And that the visual impact of the proposed buildings when viewed from neighbouring residential development and within the golf course is incongruous to the existing low scale residential and recreational character of the area.
The majority of the panel concluded that the design modifications required to satisfy these issues were too significant to defer the application and they therefore refused the original DA.
Refer to this link for the Sydney North Planning Panel decision:  https://www.planningpanels.nsw.gov.au/DesktopModules/JRPP/getdocument.aspx?docid=29868
The developer has since this Panel refusal of the DA in August 2018, made some changes to the height and footprint. But even after Court ordered lengthy conciliation conferences and detailed arguments in court in January 2019 between numerous experts, there still remains significant contentions and disagreements between the Northern Beaches Council's opinion of the impact of this development and the opinion of the developer.
As the Commissioner of the Land and Environment Court has not ruled on any of these remaining disagreements and contentions, these issues all still remain outstanding and unresolved should there be another attempt to apply for this Seniors Housing proposal in this important wildlife corridor which is habitat for many endangered species.
The Northern Beaches Council and the community at large are carefully monitoring the situation so they can be prepared for any further applications to develop a seniors apartment complex on recreational land. As the DA has now been refused again, and the Site Compatibility Certificate has expired on the 27th of March 2019, it would appear any proposal would have to start the whole process again from the beginning.
We will keep you informed of any further applications but considering this proposal managed to garner over 74,000 signatures in a change.org petition, and was the subject of 1000 objection submissions to council, it would appear that there are many people in the community who consider developing Seniors Housing over 5 acres of a designated wildlife corridor, is not an appropriate proposal.
Contributed By Bayview Residents 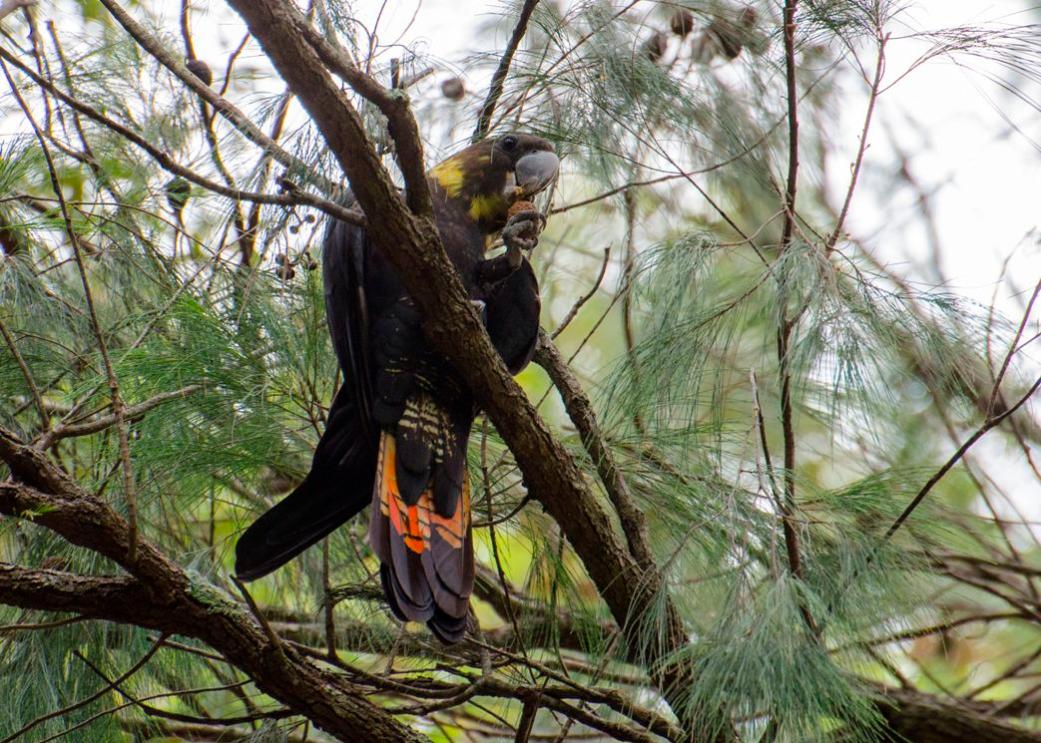 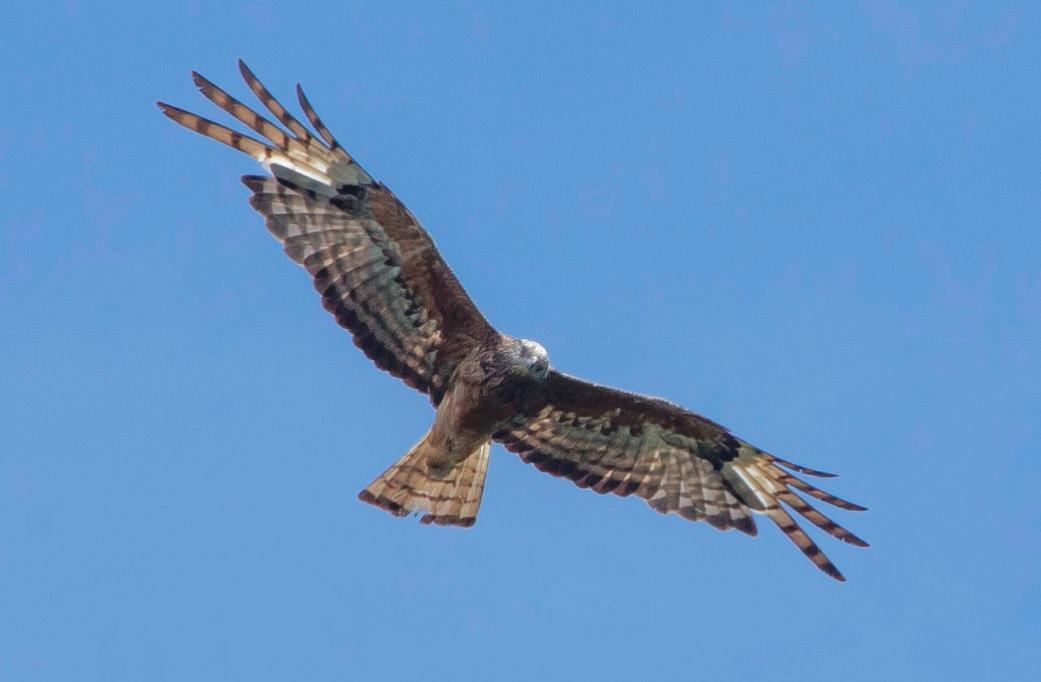 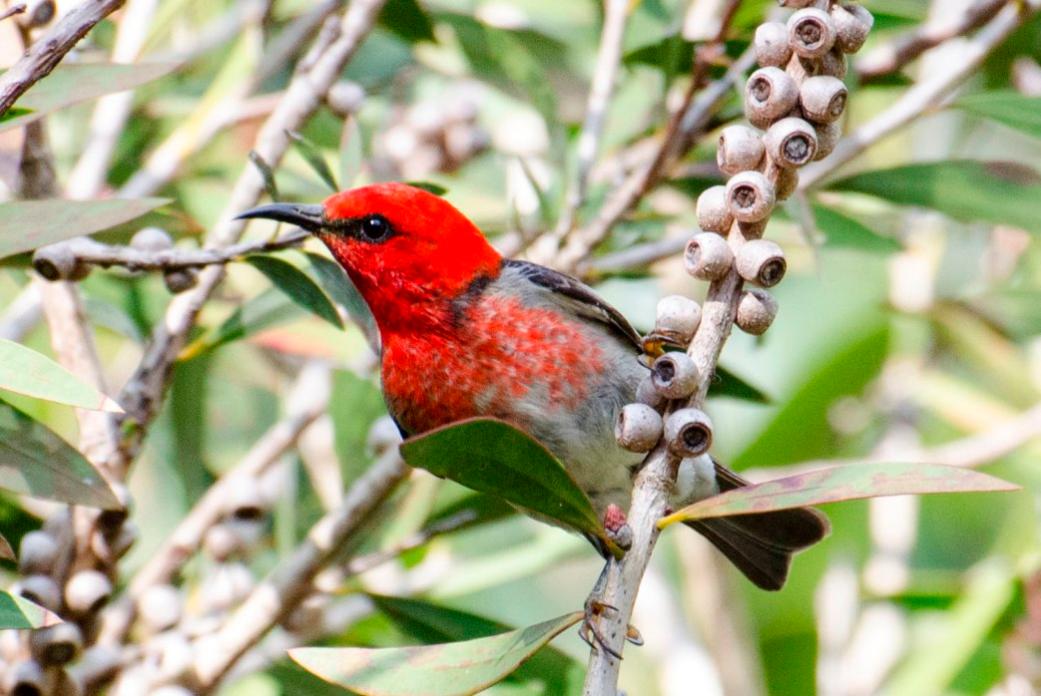 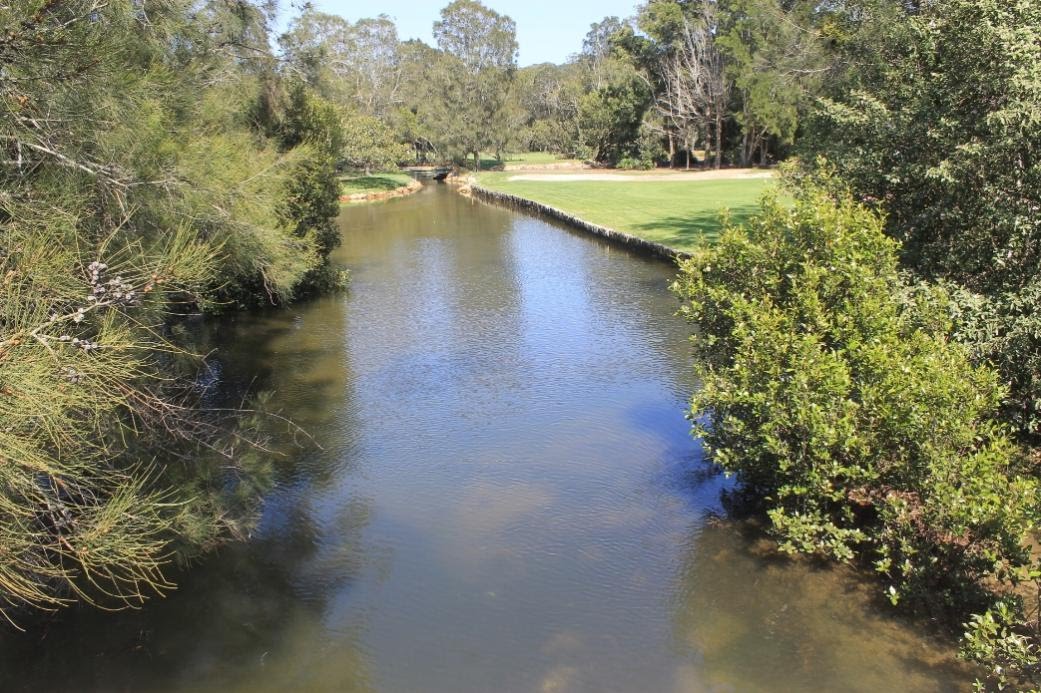 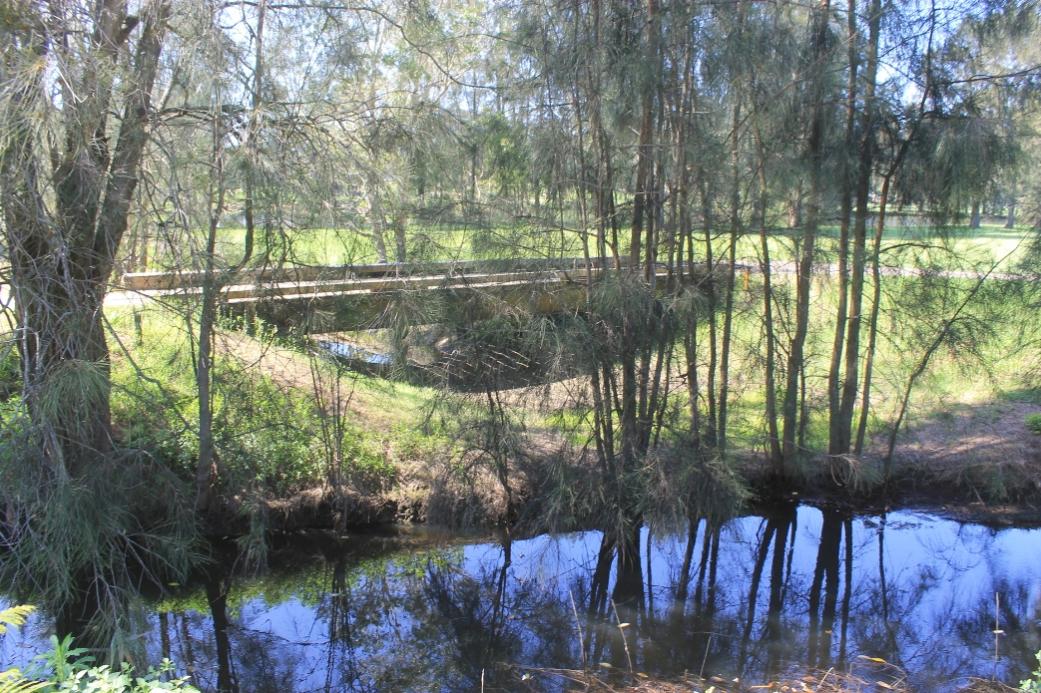 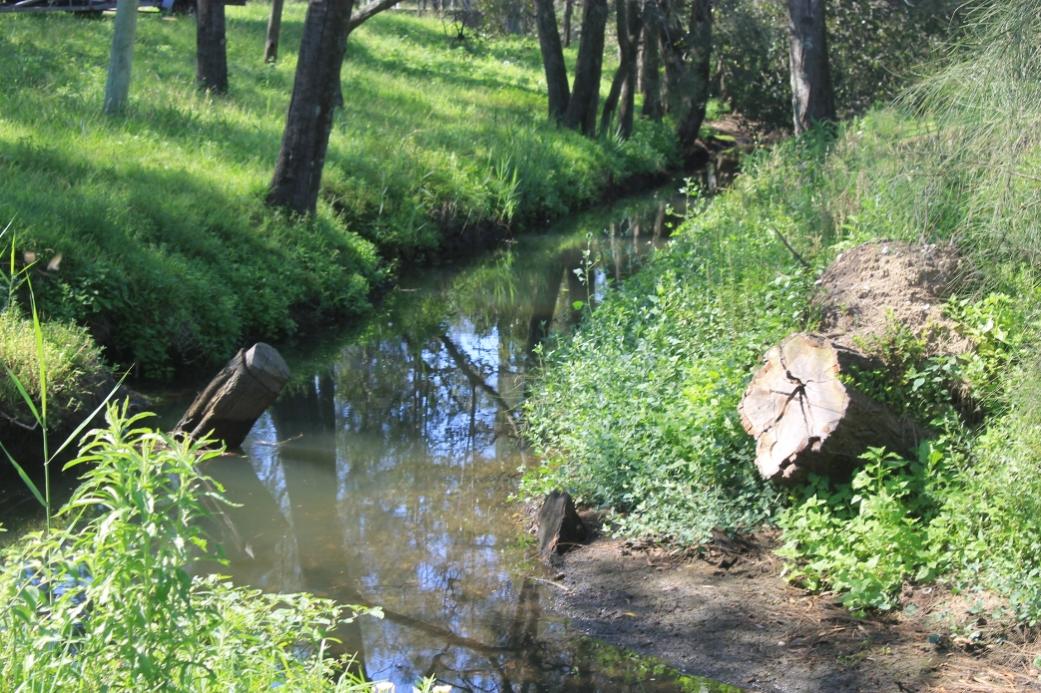