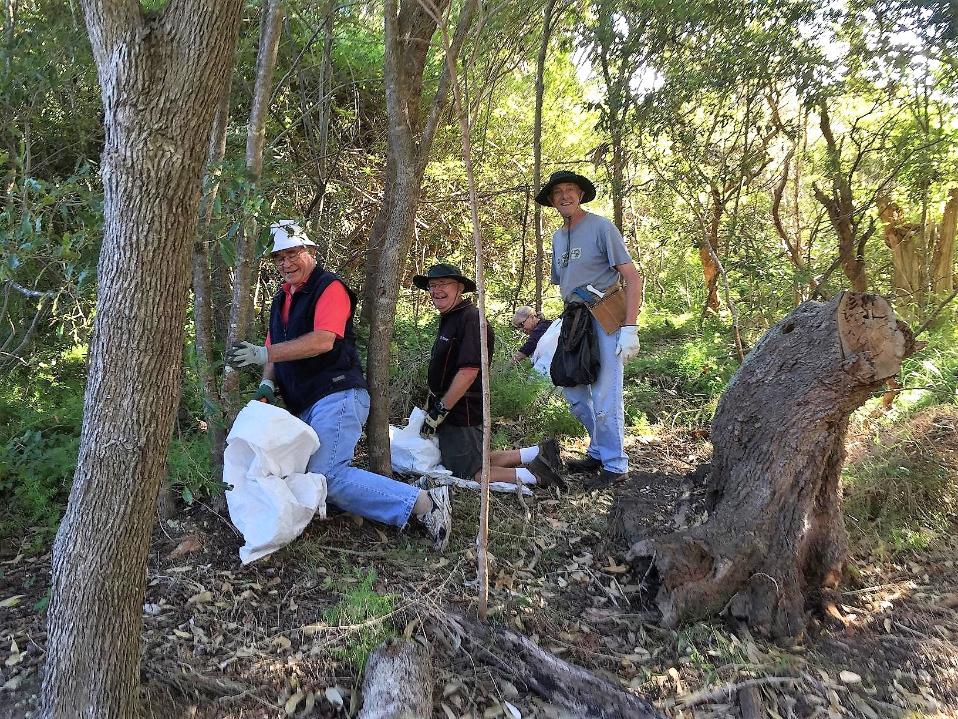 Some of the friendly Avalon Golf Course Bushcare Group

Some years ago Marita Macrae instigated and led a keen band of volunteer bush carers to look after areas of the Avalon Golf Links, known colloquially as Royal Av.

After initial work around the south and south-eastern area, especially below the roundabout, the group disbanded.

In 2012 Marita and myself examined early photos, both aerial and on-ground, showing the area before (as well as since) the golf course was established. We discovered that there is a real remnant of that pre-golf course, original coastal heath on clay soil, which still survives.  We call it the ‘centre triangle’ but for any golfers it’s the area bounded by the 4th, 6th and 7th holes. 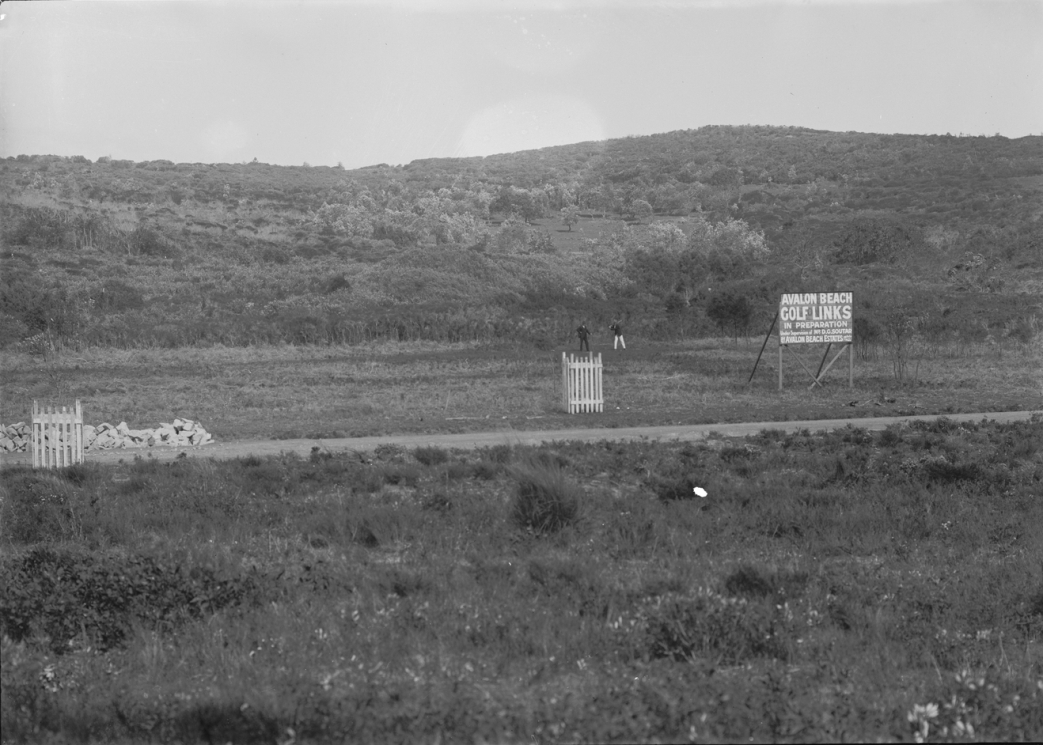 On investigation we could see that the area was incredibly infested with Ground Asparagus fern along with other weeds such as lantana, Ochna (the mickey mouse plant) and others. The African Olive has also invaded the perimeter of the course. This all reduces the likelihood and the ability of the natives to survive by preventing natural regeneration to occur.

With help from Marita we reformed the bushcare group and are now in our 7th year of endeavour. We have made huge inroads into the Ground Asparagus Fern and hopefully after a few more work days there will be little left. The Ochna serrulata is more stubborn and difficult to eradicate. Its long and stepped taproot is difficult to access so the stem is scraped on one side to expose the growing layer and immediately a glyphosate-based herbicide is applied to the scrape.

Marita has applied for a grant through Pittwater Natural Heritage Association to assist the work of the volunteers under the Communities Environment Program funded by the Australian Government. The grant is partnered by the Avalon Preservation Association.

Marita has already noted 140 native plant species, including some locally rare in the Northern Beaches area. The dense golf course bushland is good habitat for smaller birds and other fauna.

Gary Harris, who has been volunteer bushcaring in Pittwater longer than most, added ‘It’s really worth the effort as it is such a valuable bushland remnant with several extremely uncommon plants occurring there. Allocasuarina paludosa, Melichrus procumbens and the tiny wasp attracting orchid Arthrochilus irittabilis all occur within this golf course bushland. The orchid is especially interesting as it manages to trick species of wasp into a sort of pseudo-copulation with its flowers to advance its chances of pollination. 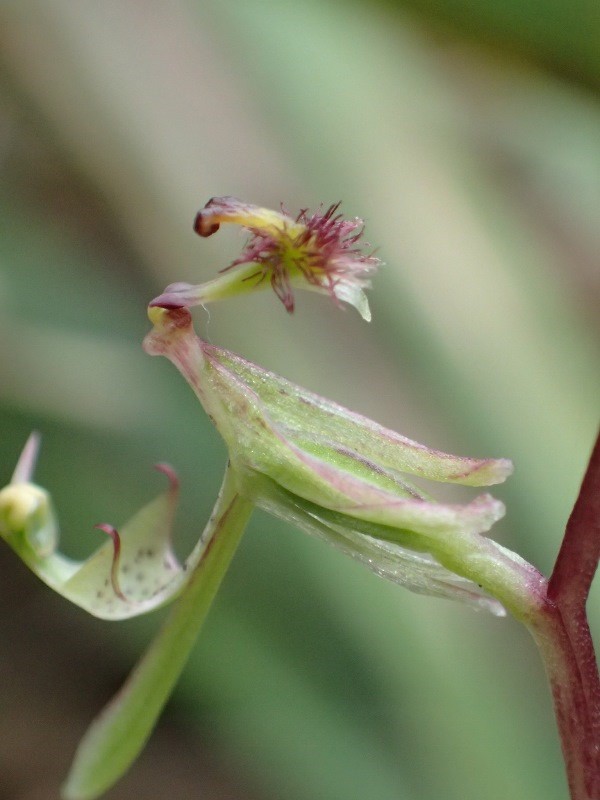 The heathland sections have considerable biodiversity and while sharing a lot of plant species with other reserves in Avalon Beach, it has enough differences to make it a treat for anyone interested in our local plants’.

Gary has provided these excellent photos of both insects and plants as an example of the richness of life living in the reserve.

The male carpenter bee was found near a nest hollow in a dead Coastal Teatree, occupied by the female and it demonstrates the importance that dead trees play in providing habitat.

The butterfly is one of our small and very handsome skippers (Ocybadistes walker) whose lavae feed on native grasses. 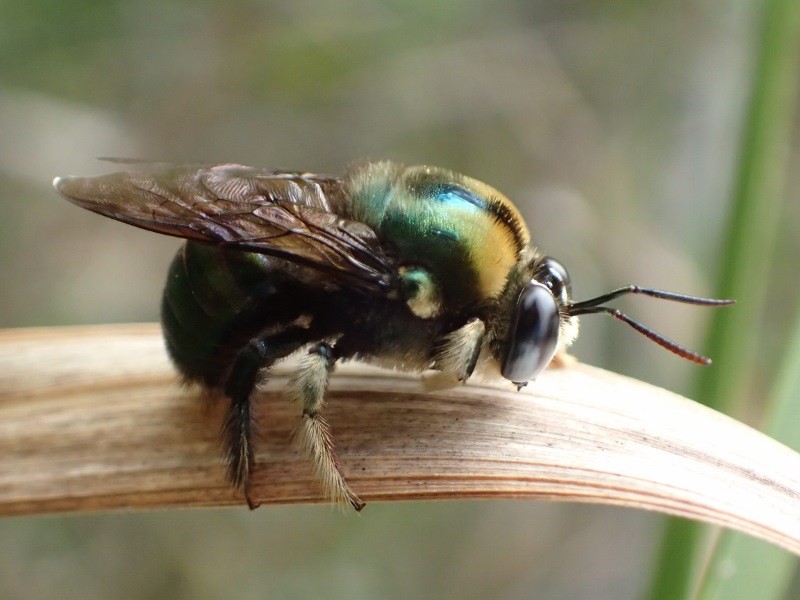 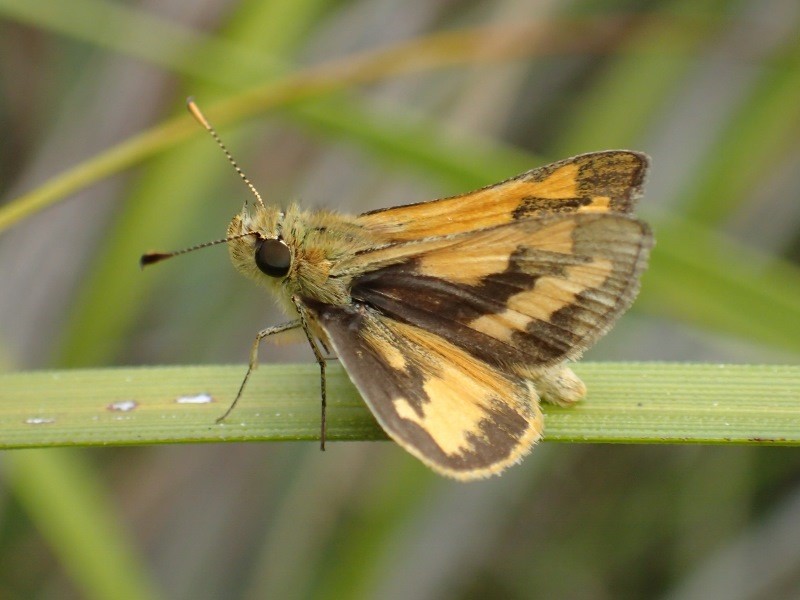 The orchid is one of the flowers of the Arthrochilus and the yellow-flowered Isopogon anemonifolius, commonly known as Drumsticks. The purple flowers belong to Melaleuca thymifolia.

There are also some substantial areas of Themeda grassland on the golf course which is considered an Endangered Ecological Community.

Gary rounded off by emphasising that the area is a very special and we’re fortunate to still have it.

The volunteer group meets on the second Wednesday of each month usually in the car park of the golf club at 2.30pm. New members are very welcome, instruction, tools and afternoon tea are all provided and it’s a great way to spend a few hours on a Wednesday afternoon. Contact Geoff on 0439.292.566 for more information. 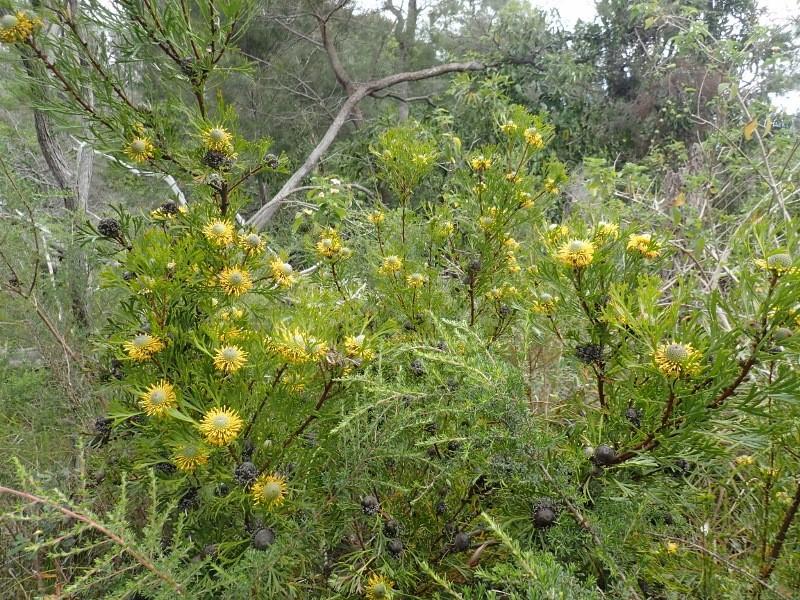 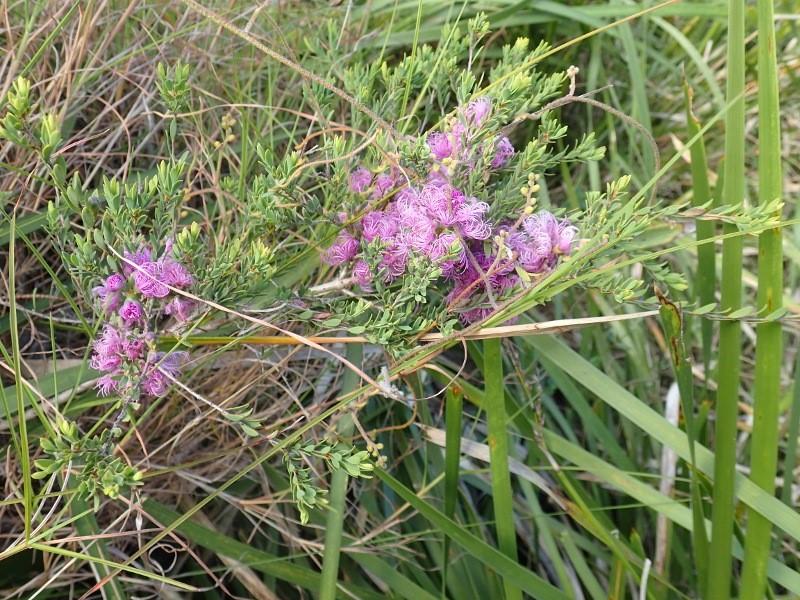