From Avocet To Zebra Finch: Big Data Study Finds More Than 50 Billion Birds In The World 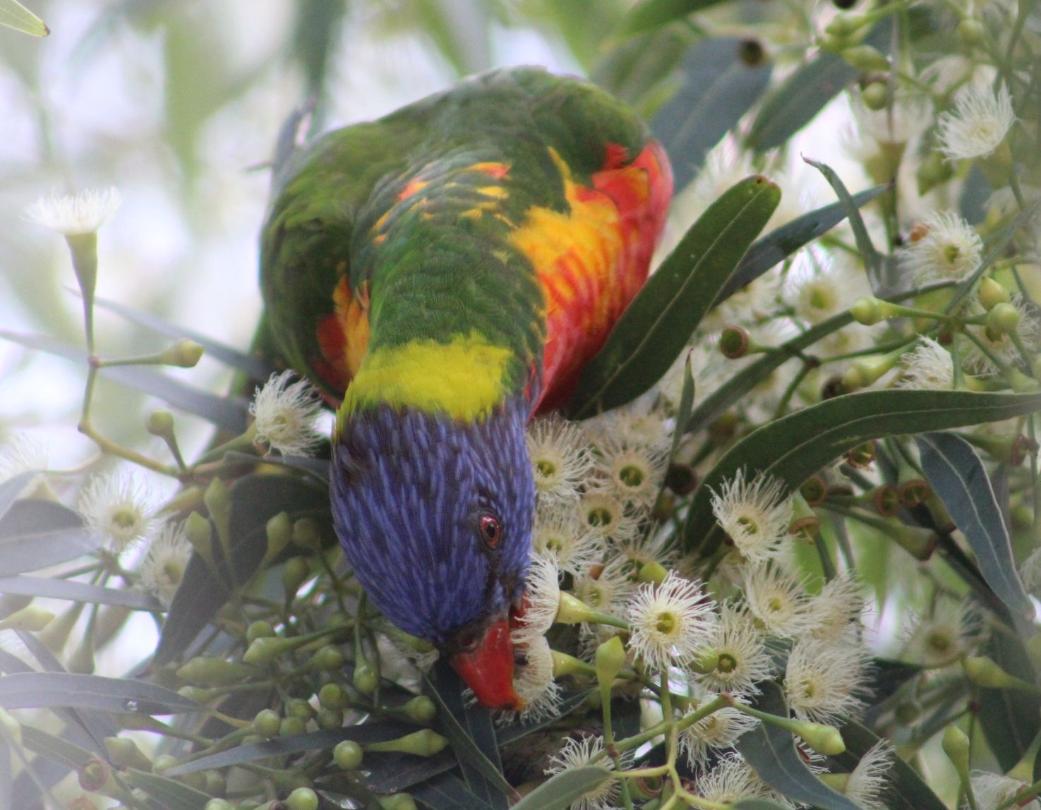 There are roughly 50 billion individual birds in the world, a new big data study by UNSW Sydney suggests -- about six birds for every human on the planet.

The study -- which bases its findings on citizen science observations and detailed algorithms -- estimates how many birds belong to 9700 different bird species, including flightless birds like emus and penguins.

It found many iconic Australian birds are numbered in the millions, like the Rainbow Lorikeet (19 million), Sulphur-crested Cockatoo (10 million) and Laughing Kookaburra (3.4 million). But other natives, like the rare Black-breasted Buttonquail, only have around 100 members left.

The findings have being published this week in the Proceedings of the National Academy of Sciences.

"Humans have spent a great deal of effort counting the members of our own species -- all 7.8 billion of us," says Associate Professor Will Cornwell, an ecologist at UNSW Science and co-senior author of the study.

"This is the first comprehensive effort to count a suite of other species."

The research team reached their figures by pooling together almost a billion bird sightings logged on eBird, an online database of bird observations from citizen scientists. Using this data -- and detailed case studies where available -- they then developed an algorithm to estimate the actual global population of each bird species.

This calculation took into account each species' 'detectability' -- that is, how likely it is that a person will have spotted this bird and submitted the sighting to eBird. Detectability can include factors like their size, colour, whether they fly in flocks, and if they live close to cities.

"While this study focuses on birds, our large-scale data integration approach could act as a blueprint for calculating species-specific abundances for other groups of animals," says study lead author Dr Corey Callaghan, who completed the research while he was a postdoctoral researcher at UNSW Science.

"Quantifying the abundance of a species is a crucial first step in conservation. By properly counting what's out there, we learn what species might be vulnerable and can track how these patterns change over time -- in other words, we can better understand our baselines."

The study dataset includes records for almost all (92 per cent) bird species currently alive. However, the researchers say it's unlikely the remaining 8 per cent -- which were excluded for being so rare that we lacked available data -- would have much impact on the overall estimate.

Only four bird species belonged to what the researchers call 'the billion club': species with an estimated global population of over a billion. The House Sparrow (1.6 billion) heads this exclusive group, which also includes the European Starling (1.3 billion), Ring-billed Gull (1.2 billion) and Barn Swallow (1.1 billion).

"It was surprising that only a few species dominate the total number of individual birds in the world," says Dr Callaghan, who is now based at the German Centre for Integrative Biodiversity Research (iDiv) Halle-Jena-Leipzig.

"What is it about those species, evolutionarily, that has made them so hyper-successful?"

But while some bird populations are thriving, many others look a lot slimmer: around 12 per cent of bird species included in the study have an estimated global population of less than 5000. These include species such as the Chinese Crested Tern, Noisy Scrub-bird, and Invisible Rail.

"We'll be able to tell how these species are faring by repeating the study in five or 10 years," says A/Prof. Cornwell.

"If their population numbers are going down, it could be a real alarm bell for the health of our ecosystem."

The study was made possible with the help of more than 600,000 citizen scientists who contributed their sightings to the eBird dataset between 2010 and 2019.

The Cornell Lab of Ornithology, who run the eBird site, have made the data freely available.

"This type of data simply wasn't available a decade ago."

While the research team are confident in their estimates, they acknowledge a degree of uncertainty is inevitable when working with large datasets like this.

For example, people who document the sightings may be more likely to seek out rare species, or a species may be so rare that there simply isn't enough data.

"A range of uncertainty is necessary when making global-level estimates," says Professor Shinichi Nakagawa, an ecologist and statistician at UNSW Science and co-senior author of the paper.

"Our findings, while rough in some areas, represent the best-available data we currently have for many species."

New data is continuously added to eBird from both past records and present-day sightings. The research team plan to repeat their analysis as more data becomes available.

"We will need to repeat and refine this effort to really keep tabs on biodiversity -- especially as human-caused changes to the world continue and intensify," says Dr Callaghan.

Birdwatching -- or 'birding' for more serious enthusiasts -- is a popular hobby that dates back to the late 18th century. The growing popularity of citizen scientist apps and websites have made birdwatching an accessible way to engage with science.

"Birding is a hobby that just keeps on giving," says Dr Callaghan.

"You can usually find a bird or two to identify and watch anywhere you go, anytime of the day, anywhere in the world."

People interested in being involved with the project can create a birdwatching account on eBird -- and A/Prof. Cornwell says that you don't need to be a bird expert to get started.

"A great starting point is to learn a handful of birds that come to your local area, like Rainbow Lorikeets, Sulphur Crested Cockatoo, and Australian White Ibis," he says.

"It can be as simple as seeing if you can spot any out the window while you're drinking your coffee in the morning." 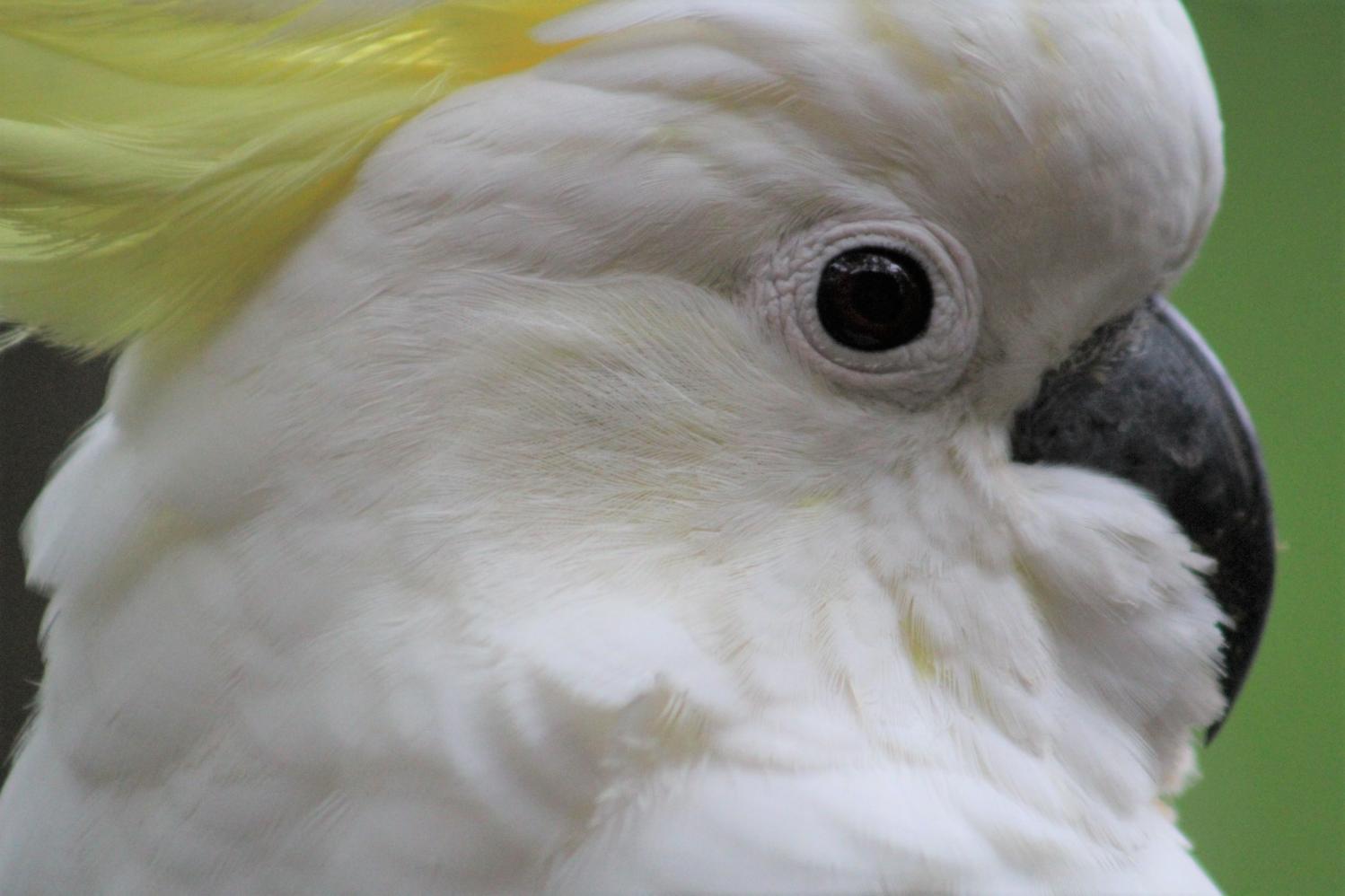