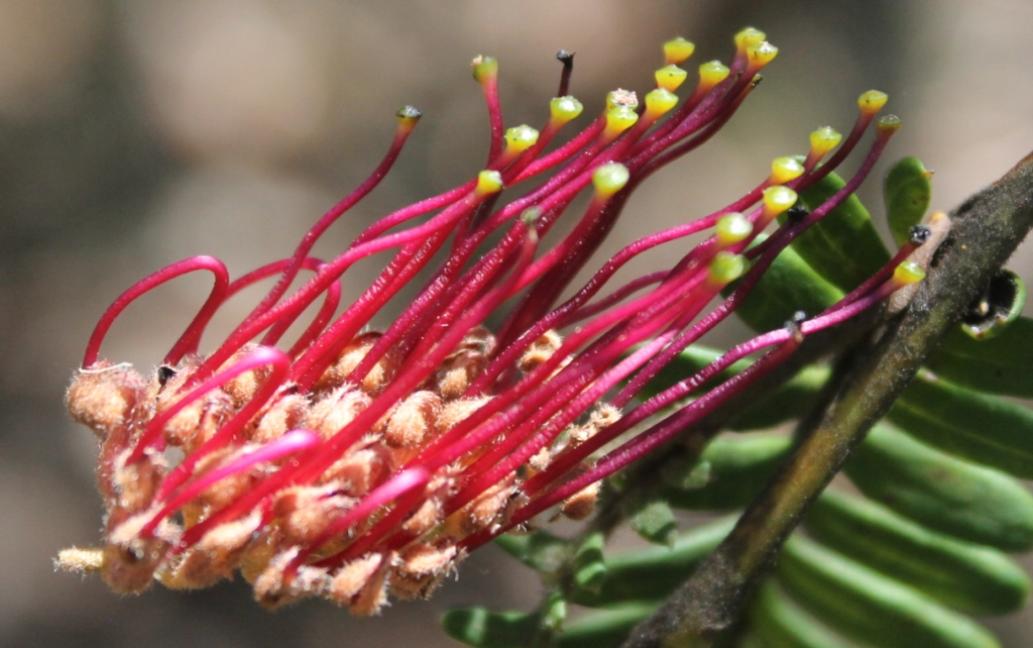 As far as odds go, things don’t look promising for the slender-nerved acacia (Acacia leptoneura), a spiky plant with classic yellow-ball wattle flowers. With most of its habitat in Western Australia’s wheat belt cleared for agriculture, it was considered extinct for more than 160 years.

Now, just two plants are known in the world, and they’re not even in the same place. This species is among many Australian plants that have come perilously close to extinction.

To help prevent the loss of any native plant species, we’ve assembled a massive evidence base for more than 750 plants listed as critically endangered or endangered. Of these, we’ve identified the 50 at greatest risk of extinction.

The good news is for most of these imperilled plants, we already have the knowledge and techniques needed to conserve them. We’ve devised an action plan that’s relatively easy to implement, but requires long-term funding and commitment.

There are 1,384 plant species and subspecies listed as threatened at a national level. Twelve Australian plant species are considered probably extinct and a further 21 species possibly extinct, while 206 are officially listed as critically endangered. 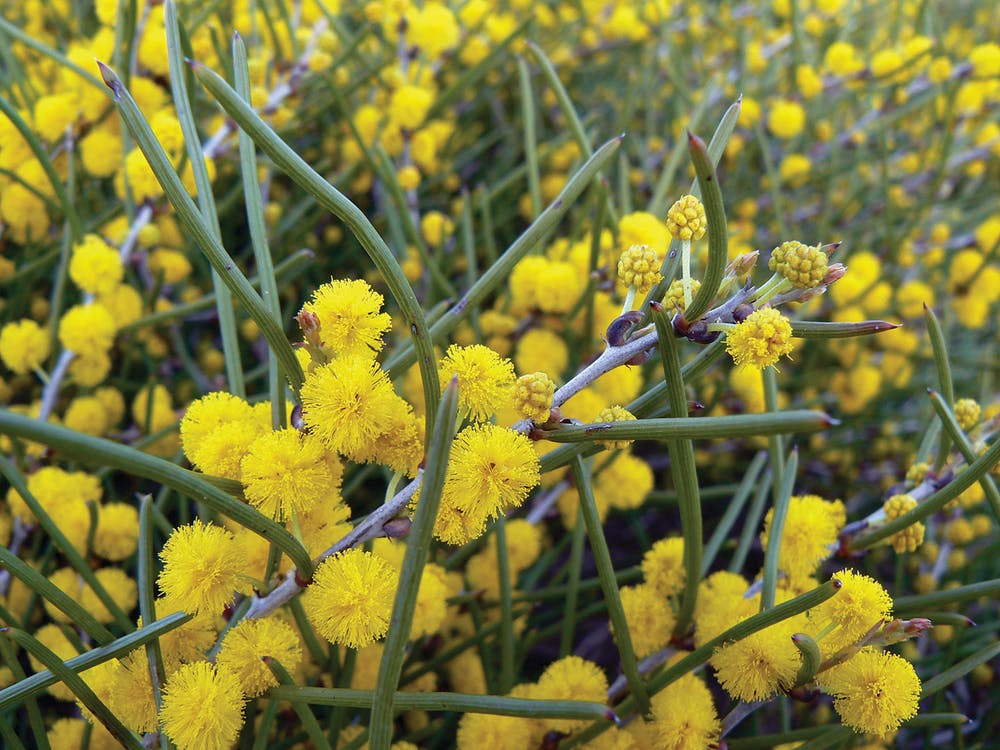 Australian plants were used, managed and celebrated by Australia’s First Nations people for at least 60,000 years, but since European colonisation, they’ve been beset by a range of threats.

Land clearing, the introduction of alien plants, animals, diseases, and interruptions to ecological processes such as fire patterns and flooding have taken a heavy toll on many species. This is particularly the case in the more densely populated eastern and southern parts of the continent. 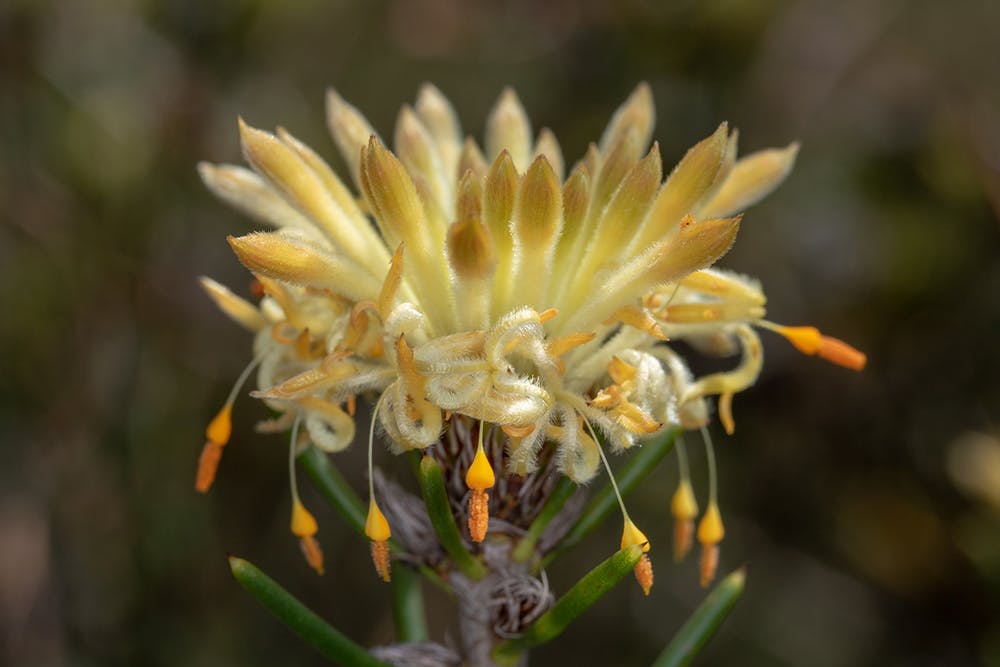 Ironstone pixie mop (Petrophile latericola) occurs on a soil type that’s been heavily cleared for agriculture, and is suspected to be susceptible to an introduced root-rot fungus. In 2020 fewer than 200 plants remained, in poor condition. Andrew Crawford, Author provided

Things aren’t improving. Scientists recently compiled long-term monitoring of more than 100 threatened plant species at 600 sites nationally. And they found populations had declined on average by 72% between 1995 and 2017.

This is a very steep rate of decline, much greater than for threatened mammal or bird populations.

Many species listed as threatened aren’t receiving targeted conservation action or even baseline monitoring, so an important first step in preventing extinctions was identifying the species at greatest risk.

To find the top 50, we looked at the evidence: all available published and unpublished information and expert surveys of over 120 botanists and land managers. They’re targeted by our Action Plan for Australia’s Imperilled Plants.

Thirty of the species in the plan have fewer than 50 mature individual plants remaining.

And 33 are known only from a single location, such as the Grampians pincushion-lily (Borya mirabilis), which occurs on one rocky outcrop in Victoria. This means the entire population could be destroyed by a single event, such as a major bushfire. 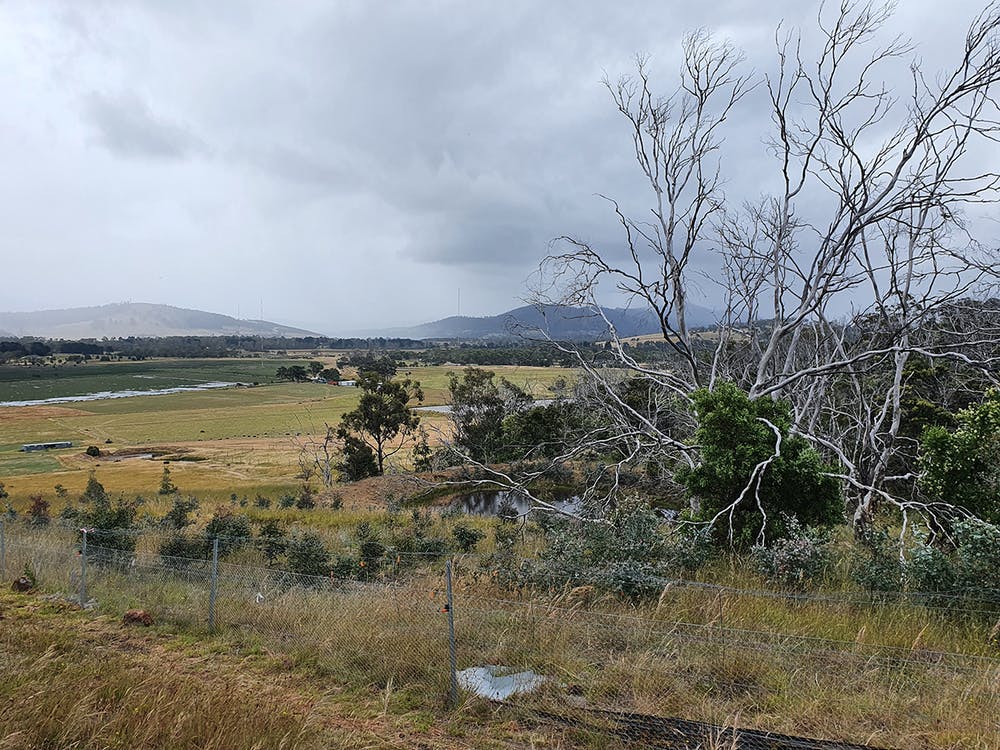 About 2,000 Morrisby’s gums were growing in the early 1990s, but by 2016 fewer than 50 remained. Climate change and damage from insects and animals threaten those left. Protecting trees with fencing has led to new seedlings. Magali Wright, Author provided 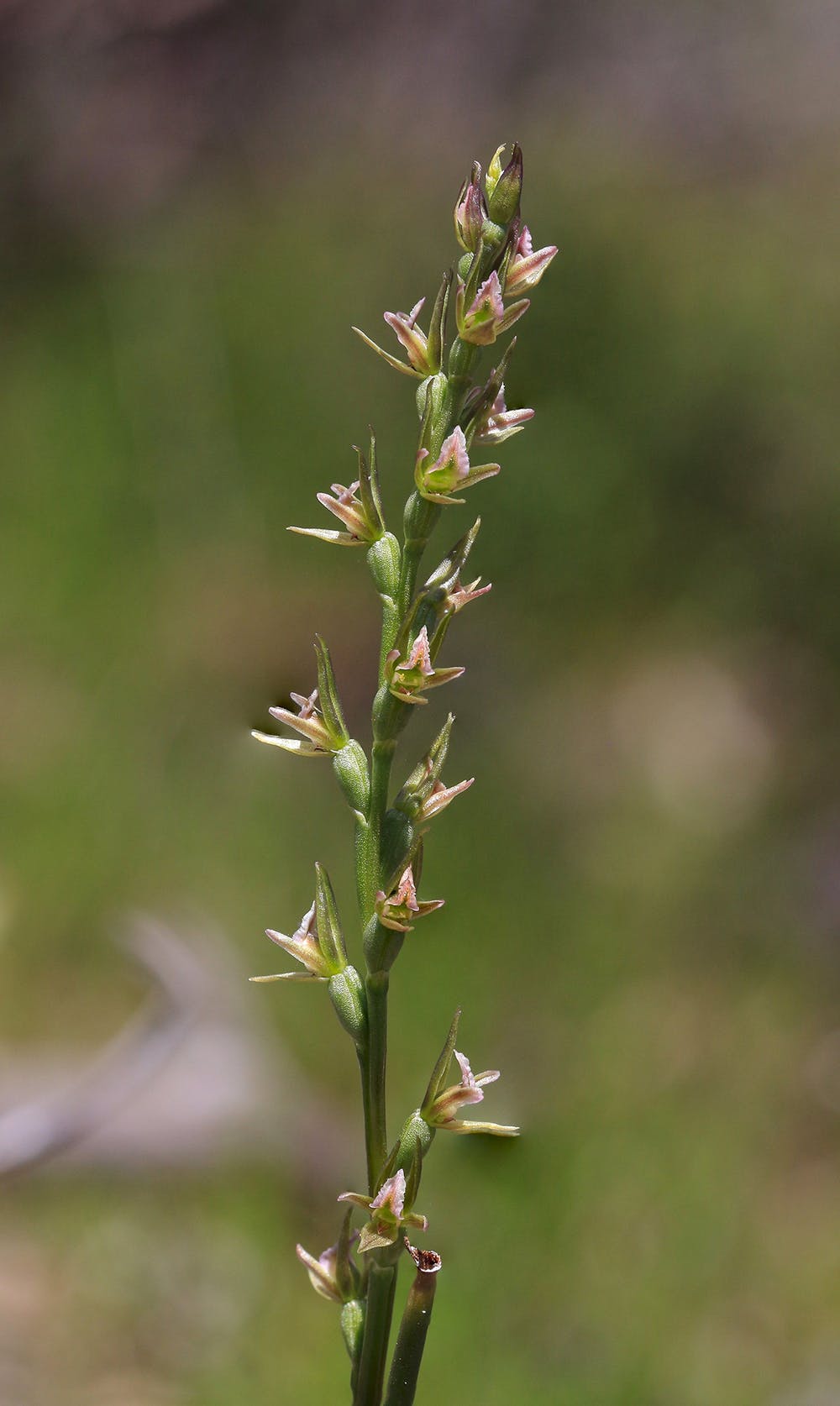 Fewer than 10 lax leek-orchids (Prasophyllum laxum) remain. Declines are ongoing due to drought and wildfire, and the South Australian species only occurs on private property not managed for conservation. Proposed recovery actions include habitat protection and establishing the orchid and its mycorrhizal fungi in conservation reserves. Shane Graves, Author provided 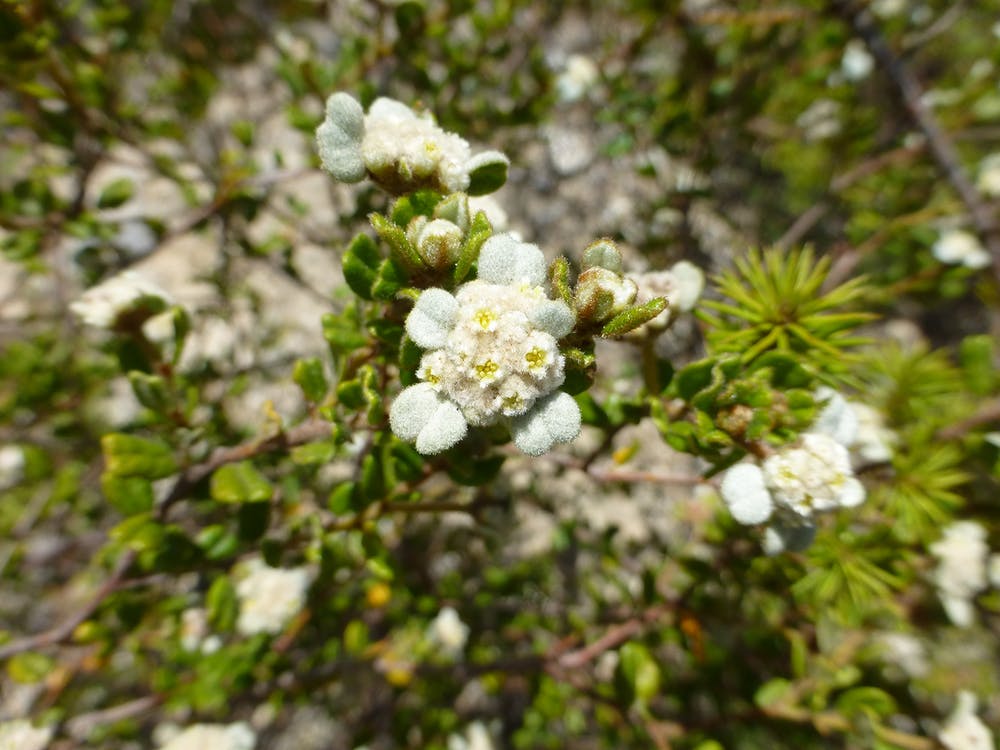 So how can we protect them?

Some of the common management actions we’ve proposed include: 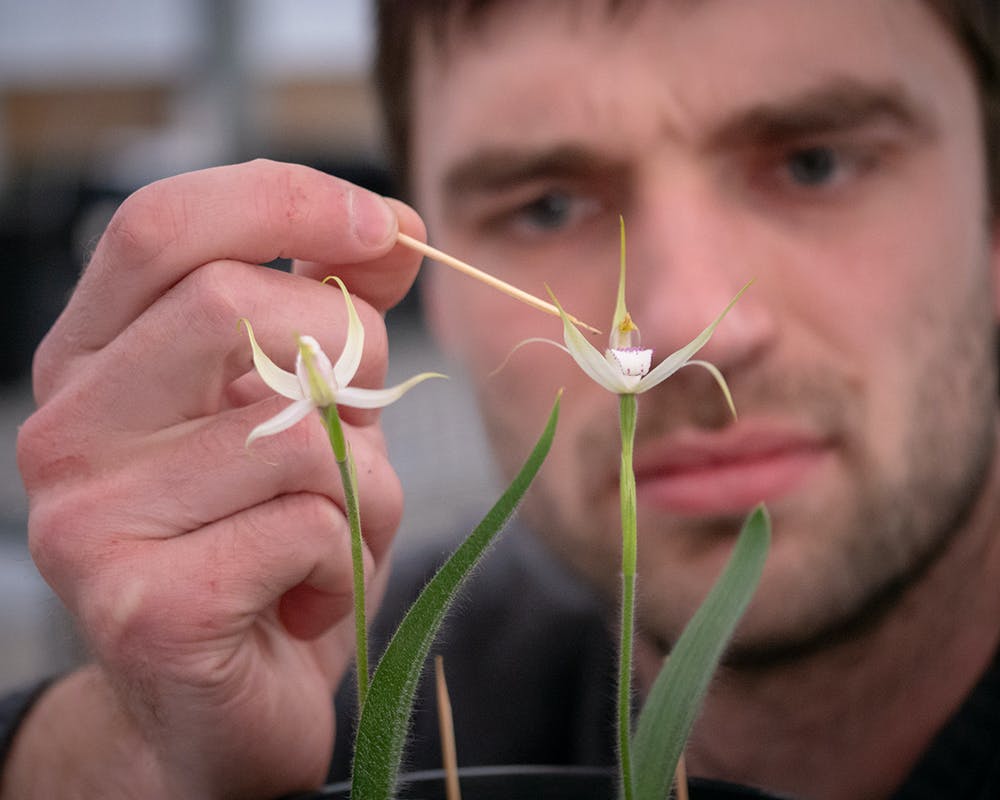 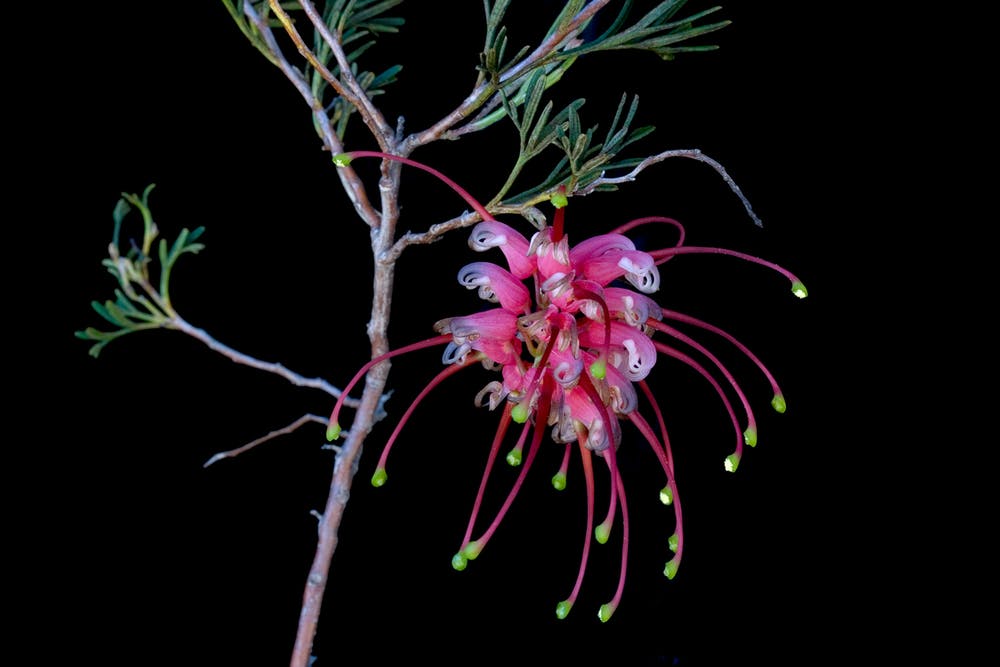 Only 21 mature plants of Gillingarra grevillea (Grevillea sp. Gillingarra) remain on a disturbed, weedy rail reserve in southwestern WA. Half the population was destroyed in 2011 due to railway maintenance and flooding. Habitat protection and restoration, and translocations to conservation reserves are needed to ensure its survival. Andrew Crawford, Author provided

Another common issue is lack of recruitment, meaning there’s no young plants coming up to replace the old ones when they die. Sometimes this is because the processes that triggered these plants to flower, release seed or germinate are no longer occurring. This can include things like fire of a particular intensity or the right season.

Unfortunately, for some plants we don’t yet know what triggers are required, and further research is essential to establish this.

Now we need the political will

Our plan is for anyone involved in threatened flora management, including federal, state, territory and local government groups, First Nations, environment and community conservation groups, and anyone with one of these plants on their land. 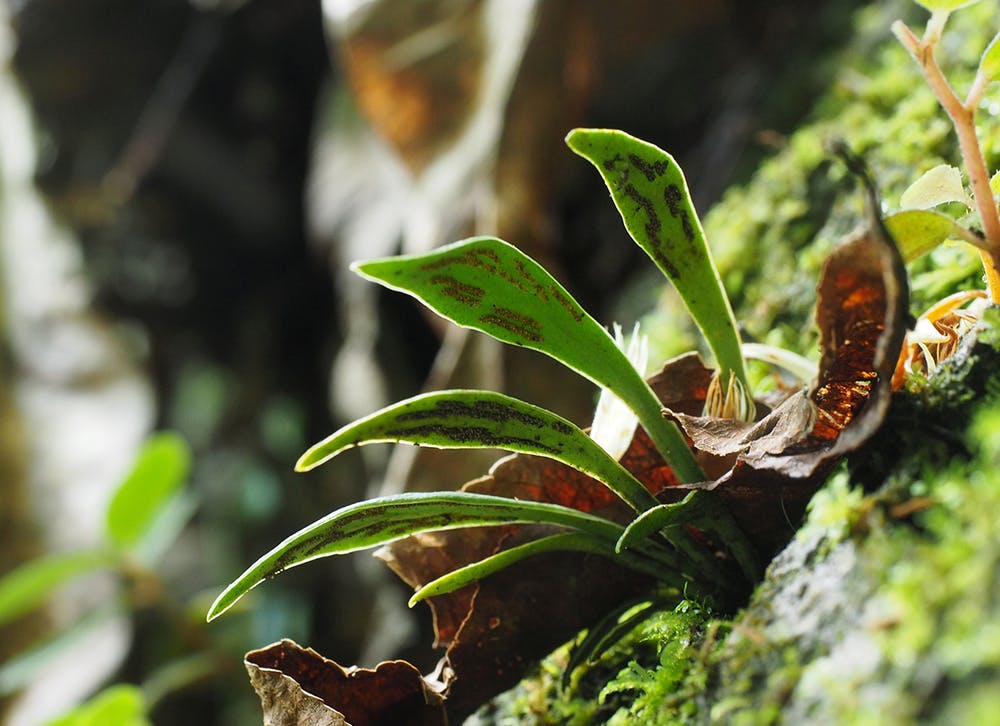 The Border Ranges lined fern (Antrophyum austroqueenslandicum) and its habitat are exceedingly rare. It’s threatened by drought and climate change, and fewer than 50 plants remain in NSW. If the threat of illegal collection can be controlled, the species would benefit from re-introduction to Queensland’s Lamington National Park. Lui Weber, Author provided

Plants make Australian landscapes unique — over 90% of our plant species are found nowhere else in the world. They’re also the backbone of our ecosystems, creating the rich and varied habitats for our iconic fauna to live in. Plants underpin and enrich our lives every day.

Now we have an effective plan to conserve the Australian plants at the greatest risk of extinction. What’s needed is the political will and resourcing to act in time.

This article was published first in The Conversation, click here to read the original. 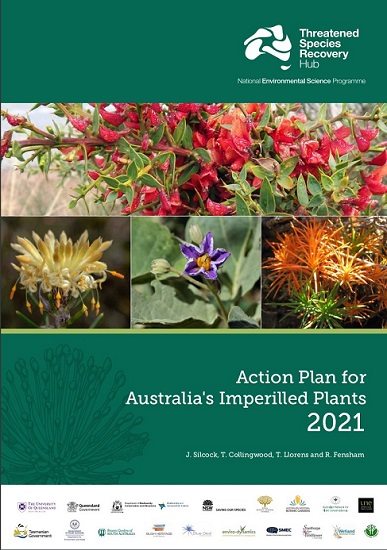 The Australian flora is distinctive, with more than 90% of its >22,500 native vascular plant species occurring nowhere else in the world (Chapman 2009; Fensham and Laffineur 2019). This assessment (Silcock and Fensham 2018), together with a re-assessment of extinction likelihood for presumed extinct taxa (Silcock et al. 2020), highlights that the Australian flora has fared relatively well despite the upheavals of European land management, in stark contrast to its fauna (Woinarski et al. 2019).

Only 12 taxa are assessed as being probably extinct (Table 1), and a further 21 possibly extinct. The remaining 71 taxa currently presumed extinct have dubious taxonomy or occurrence in Australia, or are possibly extant and require further surveys to ascertain their status (Silcock et al. 2020).

However the first continental analysis of trends of Australian threatened plants, combining data from 112 species at 600 sites, suggests that threatened plant populations have declined by almost three-quarters on average in two decades — much higher than that recorded for birds or mammals (Threatened Species Index 2020). This suggests that numerous plant species may be declining towards extinction.