NSW has recorded a 22% spike in coastal drowning deaths over the 2018-19 year with 44 people tragically drowning along the NSW coast.

Key findings of the report include:

The figures are concerning for surf lifesavers and with summer about to hit, water safety volunteers and professionals are looking to re-double efforts to reduce the drowning toll this year.

“The near-record drowning toll last year has our surf lifesavers on high alert,” said SLSNSW CEO Steven Pearce. “Last year, almost half of the total drownings occurred during summer. At one point we were recording a drowning every two or three days.”

Surf Life Saving NSW is looking to new technology and new equipment to help save lives this summer.

“We have rolled out new rescue equipment as part of a major funding package from the NSW Government, including additional jetskis and support operations vehicles.

“Combined with drones which are our eyes in sky, these increased surveillance and response measures will give our volunteers a big boost to their capability,” said Steve Pearce.

Emergency callouts also increased, with the SLSNSW State Operations Centre logging 625 requests for assistance from emergency services compared to 588 the year prior.

“Surf Life Saving is increasingly in demand when emergencies happen on the coast and people’s lives are at risk. Our volunteers now provide a major rescue capability way beyond the red and yellow flags,” said Steve Pearce.

Additional technology measures looking to be trialled this summer to enhance public safety include Permanent Emergency Response Beacons at unpatrolled locations and a trial of Beach Wifi technology that will deliver safety information in a range of languages and real-time hazard warnings.

Since 1 July 2019, there have been 11 coastal drownings recorded in NSW waters.

As surf lifesavers prepare for the start of summer this weekend, a new television commercial will be released reminding all beach goers of the importance of swimming between the red and yellow flags.

Surf Life Saving Australia’s General Manager Coastal Safety, Shane Daw, said the new television commercial is designed to demonstrate that even the most experienced need to be conscious of risks while swimming.

“The Australian public admire the elite Nutri-Grain IronMen and IronWomen for their strength, fierce determination and fantastic surf skills, but many don’t know they are also qualified volunteer surf lifesavers,” Daw said.

“They, alongside our over 40,000 plus volunteer patrolling surf lifesavers, give up their time to help make Australian beaches safe.

“Summer continues to be the busiest time on our beaches in terms of visitations and in recent years, it has also been the deadliest period. Even though the beaches will be busy over summer, there are plenty of patrolled locations which people can find at www.beachsafe.org.au,” he said.

Alarmingly men, young men in particular, are continually over-represented in the drowning statistics, something that shocked Nutri-Grain IronMan Matt Bevilacqua.

“It’s crazy to think that men represented 87% of the coastal drownings in 2019. So now more than ever I urge Australians to seek advice from surf lifesavers and lifeguards and swim between the red and yellow flags.

“It can take many years to hone skills to read and handle surf conditions, and my training as an IronMan has been essential in me being better prepared for the task of patrolling the beach and performing rescues,” said Bevilacqua.

“Rip currents are very powerful and unpredictable, with most people not able to identify one, therefore the best place on the beach is definitely to swim between the red and yellow flags, under the supervision of qualified surf lifesavers and lifeguards,” said Miller. 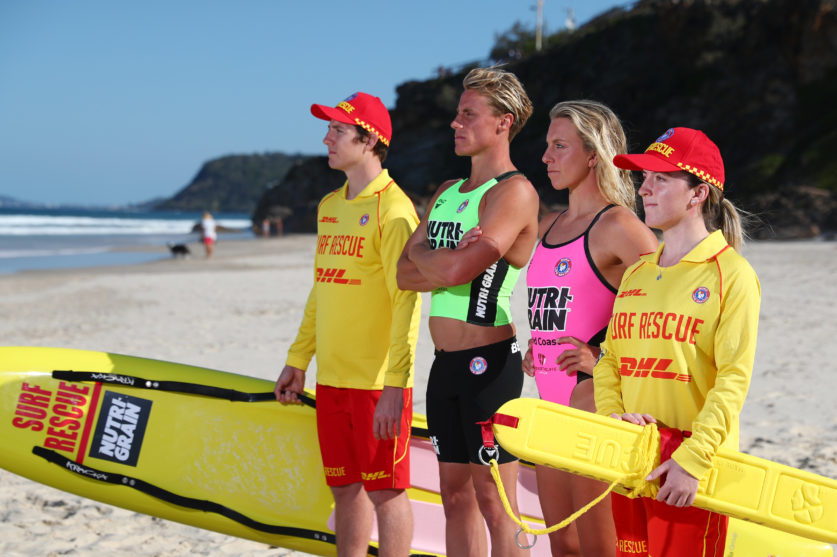